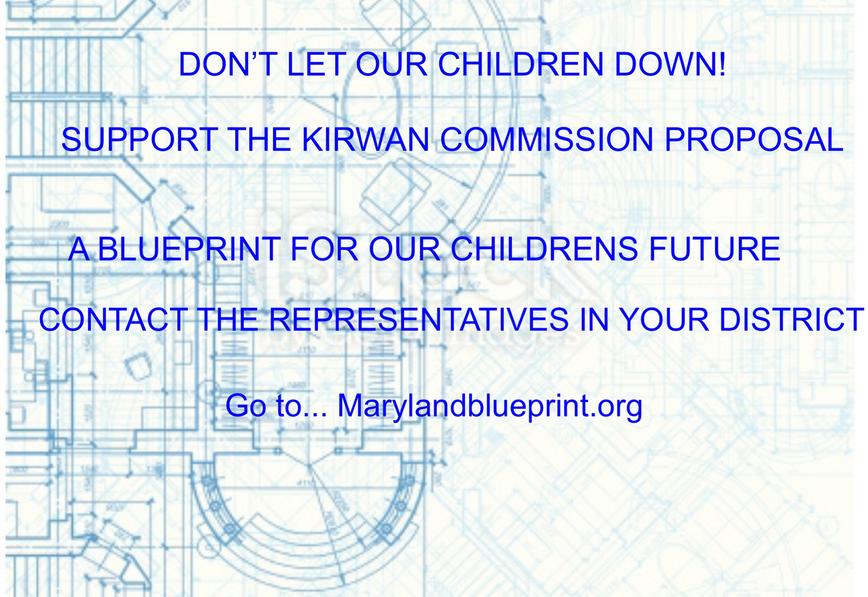 “Some audience members advocated putting that $20 million into the school budget, but, Glassman cautioned that would create a deficit for years to come. The county cannot legally operate at a deficit.” ---- The Aegis 1/29/2020.

Harford County Executive Barry Glassman put Harford County in the losers category after the Kirwan Commission on Innovation and Excellence made its recommendations to reform the state’s public schools. That’s because it would have required Harford to phase in an increase to the Board of Education budget $9.2 million over a ten-year period to meet the Kirwan requirements. There’s a reason for that number.

In 2018 the Superintendent of Schools projected a $35 million gap in the schools systems budget. That gap didn’t just happen overnight. It is the result of a cumulative effect of inadequate funding over the last ten years.

Just 43 percent of the General Fund is not enough to provide the support needed to maintain quality educational programs for Harford’s students. Superintendents have had to cut teaching positions causing class sizes to increase, teachers have left the school system to go to nearby school systems for better pay, and, it is difficult to attract new teachers since the beginning salary in Harford for a certified teacher with a bachelor’s degree ranks 16th of the 24 school systems in Maryland. The Maryland State Department of Education projects a teacher shortage for Harford public school system by 2030.

Another clear indication of shortchanging Harford’s students is the report of the Adequacy Analysis conducted by the state of Maryland every ten years. The analysis determines if local counties and Baltimore City are meeting state funding requirements for public education. The results of their two studies shows Harford is not keeping up. In FY2008 the report stated Harford County was funding at the rate of 106.9% of the state’s requirement with a zero gap in per pupil funding. By FY2017 the second report showed the percentage dropped to 89.7% with a gap in per pupil funding of $1,433.00.

Last year the County Executive and the President of the County Council used the unexpected increase in state funding to claim the Board of Education was receiving record level funding. They didn’t mention that $8.6 million of the additional funds were grants for designated program improvements.

Glassman recently said he is going to do more for education. We’ll see:“The proof is in the pudding.”

It’s time for Harford County Government to start paying its fair share to maintain the quality of education that was so prevalent in the 80’s and 90’s. We all need to work harder to make that happen. Our children deserve it!