MARYLAND -- Thursday, January 7th, Yvette Lewis, Chair of the Maryland Democratic Party, released the following statement calling for the resignation of Republican Representative Andy Harris (MD-1) after a mob of President Trump’s supporters -- who Harris has encouraged -- stormed the United States Capitol in a failed insurrection:

“For months, President Donald Trump and Representative Andy Harris have sought to undermine the will of voters across Maryland and our nation. They have made baseless claims, filed frivolous lawsuits, and attempted to overturn certified state results through congressional action.

“Yet, even after repeated result certification and dismissal by even the most conservative of judges, Representative Harris continued to spout the President’s lies.

“Yesterday, we saw the results of their inflammatory rhetoric and blatant falsehoods. A terrorist mob stormed our Capitol at the behest of the President; a building that has always been a shining beacon of democracy, a safe haven for freedom, became overrun with those consumed by the hate and lies that Representative Harris and his ilk have been spreading. Make no mistake, the Republican members of Congress who instigated this violence -- including Representative Harris -- are complicit in this attempted insurrection. They have blood on their hands.

“Representative Harris’ actions have been nothing short of an attack on our democracy, a betrayal of those who he represents, and an attempt to overturn a legitimate election in favor of a wannabe authoritarian. His conduct is a disgrace to the First Congressional District, and to all the people of Maryland. He should resign -- immediately.

“Even after yesterday’s attack, Representative Harris continued to defend the President, and even the rioters themselves -- unfathomably saying that they were there for ‘valid reasons.’ Despite seeing the destruction and harm his falsehoods have wrought, Representative Harris continued to legitimize and fuel the attempted insurrection, voting and speaking against the certification of the Electoral College.

“While the President and Representative Harris’ efforts will fail, and Joe Biden will become our president on January 20th, I fear that they may have inflicted serious harm on our democratic system. January 6th, 2021 will forever be remembered as the day that our very halls of democracy were occupied by those who opposed our most sacred duties. It will also be remembered as the day that our president, and some in the Republican Party, failed to stand up for the very ideals the Capitol Building symbolizes.

“I hope the good people of Maryland’s First Congressional District see this blatant assault on our democracy, and their freedom for what it is, and join us in calling for the immediate resignation of Representative Andy Harris.” 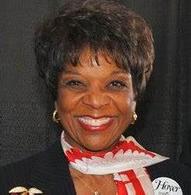