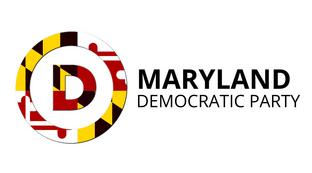 Today, the Maryland Democratic Party is proud to commemorate African Heritage Month. According to the US Census, the African Immigrant population has roughly doubled each decade since 1970, with the largest increase happening from 2000 to 2012. According to a 2017 Pew Research article, Africans were the fastest-growing population of arriving groups between 2000 and 2013 at 41% growth, and are the fastest-growing black population in the country by 137%. In Maryland, there are over 120,000 African-born residents, behind just three other states in the country.

In 2008, Montgomery County became the first jurisdiction to proclaim September as African Heritage Month. As other jurisdictions follow suit, the Maryland Democratic Party proudly recognizes the economic, educational, social and cultural contributions that our continental African communities bring to our state.

Yet as we honor this community, we must also recognize the various barriers to opportunity they face, including lack of access to proper healthcare services and public education. Additionally, language accessibility also remains a barrier for many in the community.

However, despite these barriers, African immigrants continue to persevere, create impact, and inspire change. During the 2018 election cycle, first and second-generation African immigrants made history in Maryland when over a dozen individuals ran for office throughout the state, with three elected to either state, county or political party office seats.

“In 2008, Montgomery County became the first county in the nation to proclaim September as African Heritage Month. Now, we are incredibly excited to see recognition of this observance growing. The Maryland Democratic Party is honored to recognize the economic, educational, and cultural contributions that the African immigrant community bring to our state and nation.

As this community continues to grow in Maryland and beyond, we must double-down on our commitment to build a more inclusive society that works for everyone by supporting smart and progressive policies that improve access to healthcare services, provide greater resources for ESL (English as a Second Language) training, and ensure that all communities have access to high-quality public education regardless of ZIP code.

On December 20, 2018, as one of my first acts as Chair of the Maryland Democratic Party, I was very honored to join Her Excellency Dr. Arikana Chihombori-Quao, the dynamic African Union Ambassador to the United States for a Diaspora retreat held in Baltimore.

Maryland is home to one of the largest African populations in the United States; many of whom are naturalized U.S. citizens or the children of immigrants. The 2018 election cycle saw several stellar candidates from this African diaspora community, like Wala Blegay, Fatmata Barrie, and William Jawando, run for office. As we prepare for 2020 and beyond, I look forward to working with the African diaspora and other new immigrant communities as a part of our effort to actively cultivate greater political engagement from all communities across the state.”

Paid for by the Maryland Democratic Party, www.mddems.org, and not authorized by any candidate or candidate's committee. By authority of Robert J. Kresslein, Treasurer.